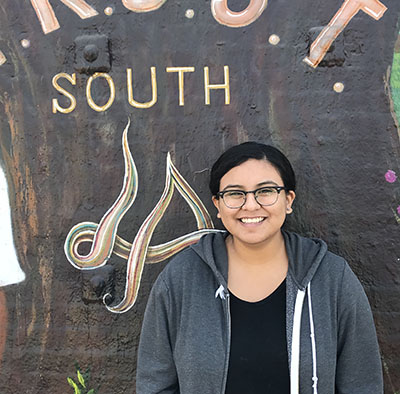 Gabriela Nunez was born and raised in South Los Angeles. She has been volunteering weekly at T.R.U.S.T. South LA since summer 2017. At T.R.U.S.T. South LA, Gabriela has been involved in projects like the “Welcome to Our Neighborhood Dream” Slauson & Wall community event and their resident-led Sustainable and Stable Slauson plan. In addition, she has worked in T.R.U.S.T.’s office; organizing files, drafting and publishing bilingual social media posts, drafting letters, and assisting with many other clerical needs. She is earning her Bachelor’s degree from California State University, Los Ángeles, majoring in Political Science and minoring in Chicana/o Latina/o Studies.